While General McClellan served the Civil War, he and President Lincoln did not agree on the tactics and strategies for the war.

Some historians also noted that General McClellan disrespected the President – once even refusing to see the President who came to the McClellan home to talk with the General.

Less than two years later, McClellan, very vocal against Lincoln and the Civil War, ran for the presidency.

In early September 1864, the Democrat Convention chose McClellan to represent their party in the election.

Meanwhile, President Lincoln endured the burdens from the stress of the war and from his political party that did not want him to run for re-election.

Perceiving McClellan would be the Democrat nominee, President Lincoln wrote a memorandum in late August 1864. He folded and sealed the memo and asked his cabinet members to sign on the outside of the sealed document.

President Lincoln ordered that the memorandum was not to be opened until after the election.

This morning, as for some days past, it seems exceedingly probable that this Administration will not be re-elected. Then it will be my duty to so co-operate with the President elect, as to save the Union between the election and the inauguration; as he will have secured his election on such ground that he cannot possibly save it afterwards. A. LINCOLN

Lincoln wrote the memorandum as a result of his advisors telling him it would be impossible for him to be re-elected.

In a Cabinet meeting after the election, President Lincoln asked John Hay to open the sealed document.

President Lincoln explained to his Cabinet his reasoning behind the document:

“You will remember that this was written at a time (6 days before the Chicago nominating Convention) when as yet we had no adversary, and seemed to have no friends. I then solemnly resolved on the course of action indicated above. I resolved, in case of the election of General McClellan, being certain that he would be the candidate, that I would see him and talk matters over with him. I would say, ‘General, the election has demonstrated that you are stronger, have more influence with the American people than I. Now let us together, you with your influence and I with all the executive power of the Government, try to save the country. You raise as many troops as you possibly can for this final trial, and I will devote all my energies to assisting and finishing the war.'”

His Cabinet responded that they believed the former General would agree with the President but not follow through on any action.

The President said, “At least I should have done my duty and have stood clear before my own conscience.” 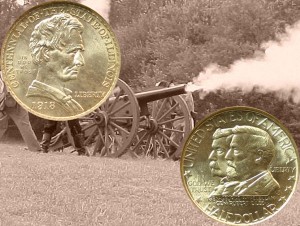