Today, the Atlanta Olympics Track and Field Commemorative Silver Dollar Coin tells the story of the Amateur Athletics Union (AAU) and the winner of several of the 1949 AAU indoor track events.

On the AAU website, they describe their history and objectives as:

“The AAU was founded in 1888 to establish standards and uniformity in amateur sports. During its early years, the AAU served as a leader in international sport representing the U.S. in the international sports federations. The AAU worked closely with the Olympic movement to prepare athletes for the Olympic Games. After the Amateur Sports Act of 1978, the AAU has focused its efforts into providing sports programs for all participants of all ages beginning at the grass roots level. The philosophy of ‘Sports for All, Forever,’ is shared by over 670,000 participants and over 100,000 volunteers.”

At an AAU indoor track meet in March 1949, one woman from Gadsden, Alabama competed in several events as part of the Tuskegee team.

The Afro American newspaper printed a brief description of that team:

Tuskegee—Eight members of the Tuskegee Institute women’s championship track and field team will leave the campus early this week for New York City to participate on Saturday, in the women’s national indoor track and field championships sponsored by the coordinating council city of New York.

These young women will be the guests of the New York City police department union through the special invitation of Captain Peter H. Nesdale, executive officer at police headquarters. Their headquarters will be at Park-Sheraton Hotel, 50th and Park Ave.

On the squad will be three members of the 1948 Olympic track and field team. They are: Nell Jackson, who had been entered in the 220 run and relay; Theresa Manuel, 50-yard run, hurdles, basketball throw and relay; Mable Walker, 50-yard run, standing broad jump and relay.

Theresa Manuel holds the American record in the 50-meters indoor hurdles. Mable Walker holds the 1948 outdoor 100 meters championship of the United States. Another outstanding member of the squad is Juanita Watson, sophomore, who holds the national 50-meter run indoor record.

Though she was mentioned in the article, the newspaper did not highlight her accomplishments.

Yet, in that meet, she proudly represented her team and her school.

On March 26, 1949, Evelyn Lawler placed in the high jump, standing long jump and 4×1 relay at the AAU women’s nationals.

She won outdoor national titles every year from 1949 to 1952 and participated in the first Pan American Games in Buenos Aires, Argentina in 1951.

She was also on the 1952 Olympic team but did not compete due to an injury.

While at Tuskegee, Lawler met William Lewis, another track and field athlete.

They married, and together, coached outstanding track teams at Willingboro (N.J.) High School, including their children Carl and Carol.

The son made his parents proud by winning 28 medals across the Olympic Games, World Championships, Pan American Games and the Goodwill Games with 22 gold and three each of silver and bronze. 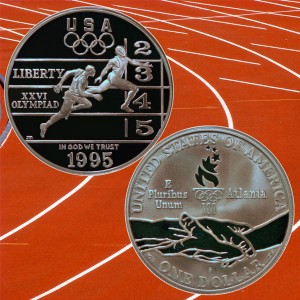