Today, the Walking Liberty Silver Half Dollar Coin remembers the end of the six-day go-as-you-please walking match in New York on March 21, 1892.

The six days’ walking match began exactly at 12:05 o’clock this morning at the Madison Square Garden, and thirty-three pedestrians are now plodding their way along the tanbark in the hopes of creating new records at the end of the week.

A fair attendance was present during the sacred concert which began early on Sunday night, but the real excitement began when the men were started.

The fact that the management failed to deposit the stipulated $10,000 disconcerted the men somewhat and caused the withdrawal of several of the leading entries, among them being Albert, the present champion.

There are some internal dissensions going on which the management hopes to straighten out very soon.

End of the Walking Match.

The Veteran Hughes Carries off First Prize with a Score of 558 Miles.

John Hughes, “the lepper,” began the last day’s struggle in the six days go as you please contest in New York as early as 1 o’clock yesterday morning.

That the race had not been a success from the beginning, owing to bad management, everybody was aware.

This, however, did not alter the fact that the plucky men who have been trying to walk against fearful odds are entitled to a great deal of sympathy. They have done nobly.

The “lepper” was hard pressed by Bennett for four hours. Then the lead taht the Canuck was striving for was still further placed out of his reach by Hughes making a remarkable spurt.

At 4 o’clock yesterday morning Bennett sought his tent for rest. The “lepper” continued and increased his lead rapidly until instead of eight miles he place fourteen miles between himself and the plucky Canuck.

Up to 8 o’clock last night Hughes did not permit that lead to be decreased.

The other competitors did good work all day yesterday.

Their goal seemed to be to get within the limit of 525 miles.

It was certainly a struggle with them.

Their leader, Hughes, did not for an instant entertain the thought that he could break the record.

The circumstances that have attended the event since the beginning would most assuredly not admit of such a thing.

The attendance was exceptionally small considering that it was the last day.

The score at the close of the match stood:

The walking match is about the most mournful exhibition known to New York under the general name of sport. Everybody connected with it has come in for a certain amount of sharp criticism, and the directors of the Madison Square Garden are included in the number.

It is a pity that such a magnificent building as this should be given over to so miserable and pitiable a show as the walking match proved to be this year. The work of the pedestrians would have set the town in a ferment ten years ago, but is has passed unheeded now that the rage for walking matches has entirely died away.

New Yorkers have a lasting love for only two kinds of sport, apparently. One is horse racing and the other baseball.

The patronage of other sports is spasmodic and depends almost entirely upon the temper of the people.

Walking matches were never so successful elsewhere as in New York, and for six years there was a veritable rage for them here.

No element of true sport enters into these contests, for after the second day it is merely a question of endurance on the part of the unhappy pedestrians, but at one time the people could not see enough of such exhibitions and fortunes were made by the managers.

The Walking Liberty Silver Half Dollar Coin shows with an image of a walking match, circa 1910. 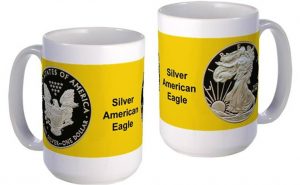