The following are news reports for that day:

Japanese warplanes made a deadly assault on Honolulu and Pearl harbor Sunday in the foremost of a series of surprise attacks against American possessions throughout the Pacific.

The Tokyo radio said Japanese forces also had attacked the British colonies of Hon Kong and the Malay States.

The Japanese aggression, which the United States officially and unequivocally described as treacherous and utterly unprovoked, bore these first fruits for the Empire, as summed up from official and unofficial sources:

Up to 350 U.S. soldiers killed and more than 300 wounded at Hickam field, Hawaiian islands;

Heavy damage to Honolulu residence districts, where there were un-numbered casualties;

Torpedoing of a lumber-laden U.S. Army transport between Hawaii and San Francisco;

Bombing of the Philippine Islands;

Capture of the U.S. Pacific islet of Wake and bombing of Guam;

Seizure of the International Settlement at Shanghai;

Capture of the U.S. Gunboat Wake at Shanghai and destruction of the British Gunboat Peterel nearby.

There was little news of U.S. defensive actions, except the report that a number of the attacking planes at Honolulu had been shot down in dog-fights over the city; an unconfirmed report that a Japanese aircraft carrier had been sunk off Hawaii; and announcement that U.S. Army and Navy forces had started carrying out secret instructions long since issued to them in event of just such and emergency.

Japanese Premier Sure of Victory

Premier Hideki Tojo told the Japanese people in a broadcast from Tokyo tonight, “I hereby promise you that Japan will win final victory.”

He said Japan was declaring war on the United States for “self protection and self existence.”

The broadcast was picked up by the NBC listening post.

Tojo appealed to all Japanese to cooperate in the struggle and declared that in 2,600 years of history Japan never had lost a war.

“The rise or fall of East Asia depends on the outcome of this fight,” said Tojo, adding:

“We have nothing to fear in this war.”

Japan Charges U.S. Was Scheming with Britain to Bolster Its Far East Power

Why did Japan declare war against us today?

Here is Tokyo’s case against us as set forth in the memorandum which the Japanese Ambassadors handed to Secretary of State Hull this afternoon:

We “attempted to frustrate Japan’s aspiration to the ideal of common prosperity” in Asia.

“The American Government, obsessed with its own views and opinions, may be said to be scheming for the extension of the war.

“While it seeks, on the one hand, to secure its rear by stabilizing the Pacific area, it is engaged, on the other hand, in aiding Great Britain and preparing to attack, in the name of self-defense, German and Italy.

“The American Government desires to maintain and strengthen in coalition with Great Britain and other powers, its dominant position it has hitherto occupied not only in China, but in other areas of East Asia.”

The demand that Japan withdraw from China “ignores Japan’s sacrifices in the four years of the China affair, menaces and disparages its honor and prestige.”

“Obviously it is the intention of the American Government to conspire with Great Britain and other countries to obstruct Japan’s efforts toward the establishment of peace through the creation of a new order in East Asia, and especially to preserve Anglo-American rights and interests by keeping Japan and China at war.”

All Factions Rally Behind the President

Japan’s attack on American outposts today brought immediate expressions of indignation from members of Congress, and most freely predicted that Congress would adopt a declaration of war without hesitation if President Roosevelt asked for oen.

Such vigorous critics and opponents of the Administration’s foreign policy as Senator Wheeler (D-MT) and Rep. Fish (R-NY) called for unity.

“The only thing now is to do our best to lick hell out of them,” Wheeler said at Billings, MT.

He added that he assumed a war declaration would be made immediately, and declared the Japanese “must have gone crazy.”

Fish said he would make an address in the House tomorrow asking the American people “to present a united front in support of the President of the United States, the Commander-in-Chief of the armed forces.”

Senator George (D-GA), member and former Chairman of the Senate Foreign Relations committee, said an open declaration of war “will give us greater freedom of action.”

He said the attack might draw the United States directly into the European war, “but not necessarily.”

Russian collaboration with the United States in fighting Japan, he said, was a possible means of entry by this country into the European conflict.

He called attention to the “vast distances in the Pacific” and warned that “it may take two or three years to fight this war to the end.”

Chairman May (D-NY) of the House Military Affairs committee said he favored immediate declaration of war, and described the attack as “treachery personified.”

There were calls, too, for the nation to keep calm.

Rep. McCormack (D-MA), the House Majority Leader, said all Americans must unite against the attack but should “remain calm but determined and follow the leadership of President Roosevelt.”

Senator Van Nuys (D-IN) called the situation “distressing and crucial” and added: “Now is the time to keep our heads.”

Chairman Reynolds (D-NC) of the Senate Military Affairs committee, said: “I am 100 percent against war. I want to know all about what has happened before I say anything about declaring war.”

He added that he blamed the attack both on Japan’s Axis commitments and the desire of Great Britain to “get us to protect their $3B investments in China and to relieve forces that can be sent elsewhere to fight.”

Senator Elbert D. Thomas (D-UT) commented: “It (the Japanese attack) is an act of desperate men and will result—as such acts generally do—in those men’s own destruction. The Japanese Government has plainly gone mad.”

Senator Guffey (D-PA): “I am disappointed, but not surprised, and I favor an immediate declaration of war.”

Representative Eberharter (D-PA): “This country cannot permit any nation to attack our possessions or threaten our sovereignty. There is only one thing for us to do and that is to go all out and try to destroy Japan’s Navy completely and quickly as possible.”

Senator Glass (D-VA): “I have no comment. I’ll communicate my own position when the Senate meets.”

Chairman Bloom (D-NY) of the House Foreign Affairs committee: “We are now facing facts rather than possibilities and the United States has never flinched in the face of facts. … The Army and Navy will take over the situation with a united people behind them under their Commander-in-Chief.”

Senator O’Mahoney (D-WY): “It seems that the Japanese have called the play, and now they’ll have to take it. The decision is out of our hands. The Japanese are committing hari-kari.”

Senator Johnson (D-CO): “If the report is true, and there is no satisfactory explanation for this dastardly act, war is inevitable.” 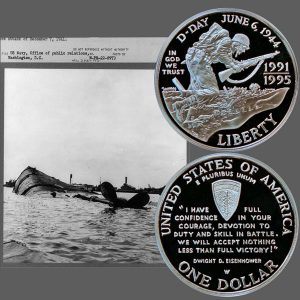