Due in part to her sister’s disability, Eunice Kennedy Shriver recognized a lack in fun activities for special needs children.

She worked to provide summer camp facilities for children with physical and mental challenges.

For the first “Camp Shriver,” she opened her large Maryland backyard for the children in June 1962.

Continuing her efforts on a broader scale, the first official competition occurred in Chicago in 1968.

From over 45 years ago, the athletes’ oath, “Let me win. But if I cannot win, let me be brave in the attempt,” remains today. 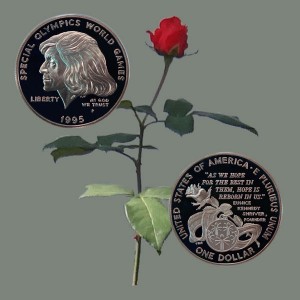