Today, the 1809 Half Cent Coin shares the story of the illiterate robber published in several newspapers over 200 years ago.

In particular, on January 29, 1813, the Pittsburgh Gazette printed (Note: a lanthorn is a lantern.):

A Gentleman, one evening pretty late passing over the Pont Neuf, in Paris, with a lanthorn in his hand, was accosted by a strange man, in a manner rather polite and seemingly suppliant, who requested him to read a paper, which he said he had that moment picked up, and did not know but what it might be of consequence.

The gentleman in holding up his lanthorn, in order to read the paper, had likewise an opportunity of surveying the person and features of the person who had accosted him, which he did with some attention.

In the paper he found a few lines, which I have translated as literally as the idiom of the two different languages would admit.

Speak not a word when this you’ve read,
Or in an instant you’ll be dead,
Give up your money, watch and rings,
Or other valuable things;
Depart then quickly as you will,
Only remember silence still.

The gentleman considering his situation, and the purport of the threat contained in the paper, thought it most prudent to continue silent and to act as it directed. He accordingly delivered his watch, rings and money; but at the same time, renewed his survey of the person to whom he gave them; and was so minute in his scrutiny, that he fancied he could at any time swear to him.

The man was soon apprehended for a riot, and on his way to the justice, was perceived by the gentleman to whom he had presented the paper, who accompanied him to the magistrate, and exhibited an account of the before mentioned occurrences against him; he was for want of proper proof respecting the riot, acquitted of the affair, but was sent to prison on account of the above gentleman’s accusation.

When he was brought to the bar to take his trial he appeared quite unconcerned, and pleaded not guilty, with the greatest confidence. The gentleman who was the only evidence that could be procured—swore positively to the fact and to the identify of his person.

When he came to make his defense, he thus addressed the bench:

“My lords, I confess on the evening specified I did meet this gentleman on Point Neuf, and the transaction as he has related it very exactly passed between us; but in the affair I am very far from having been guilty of any ill intention. It is my misfortune not to be able to read.

“I picked up the paper just before I met the gentleman. I thought perhaps it might be of consequence.

“Seeing the gentleman and judging from his appearance that he might be able to read; observing likewise the conveniency of his having a lanthorn in his hand, I requested that he would do me the favor to read the paper.

“He complied—and after reading it to himself, to my great surprise, he put his rings, watch and money into my hands.

“I was so astonished that I had not the power to enquire into the contents of the paper, or to follow him for an explanation of his actions.

“Afterwards, on reflection, I imagined the paper must have been of great value, and that he had given me his rings, watch and money, to get rid of me, and to keep to himself what was far more considerable in worth.

“Thus, if any one hath been wronged, I think it is myself, and I hope justice will be done me.”

By this bold and artful defense, and the notoriety of his not having made any formal demand on the gentleman, he got off, for he was acquitted, though the whole court was conscious of his being the guilty person.

Sounds like fiction, but things were different over 200 years ago. There could be some truth behind that story. 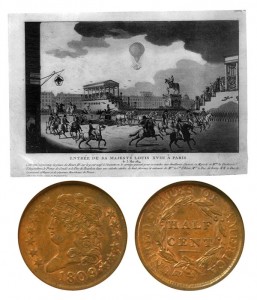